Katie Price and Alex Reid arrived in Las Vegas this morning as news broke the couple plan to wed this year. Back in the UK, Peter Andre was busy travelling the country to promote his new CD Unconditional Love Songs alongside his brother Mike. He also stopped by the ITV studios to cook a risotto on This Morning with Gino d'Acampo. Alex's win on Celebrity Big Brother has done him the world of good, and it looks like Pete is warming to him as he said: "I haven’t seen any of CBB but I’ve heard that Alex has come across really well... I hope Alex is a nice guy and that he makes Kate happy". Kate and Alex sound happier than ever and have revealed their future plans for babies and marriage to OK! Here are the highlights: 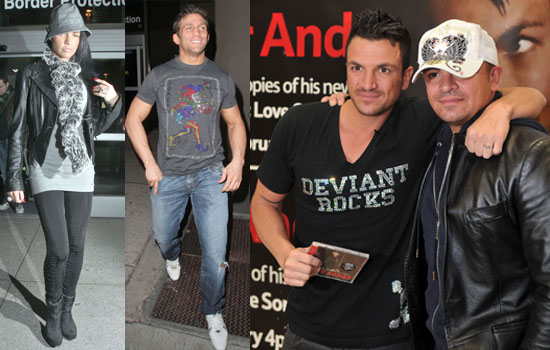 What do you think of Kate and Alex's plans for the future?