Katie Price went shopping in Brighton yesterday with Alex Reid, who once again carried Junior on his shoulders, as Alex's ex claimed that he's only with Kate for fame. Having revealed jealousy was responsible for her split with Peter Andre, Kate and her dressage coach Andrew Gould have told OK! magazine that Andrew was the reason behind the break up, and that Pete threatened to hit him. Following Pete's ultimatum that she had to move her horses from Andrew's stables, Kate says that she had to choose between her marriage or her horses. Her sister, Sophie Price, has spoken about how upset Kate was when Pete finished the relationship, and I'm sure she'll be saddened by Pete's response to her revelation that she was raped, as he has said he doesn't "appreciate being dragged into this story". 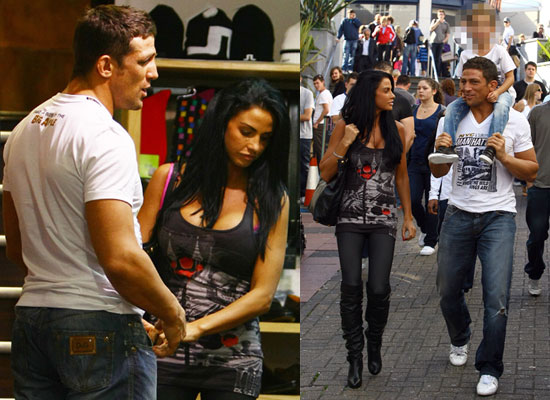