Peter Andre watched Junior play tennis in Brighton yesterday, while Katie Price visited her stables and kick boxing club before enjoying a day out at Thorpe Park with Harvey and Alex Reid. Peter's taken to his New! column to clear up some rumours that are doing the rounds, denying that he'd been in contact with his ex, and explaining that he didn't compare himself to Robbie Williams. Reports that Peter will appear on I'm A Celebrity Get Me Out Of Here have also been shot down, with an ITV spokesperson saying: "there is no truth to the story". Pete did confirm that he is in touch with La Toya Jackson about a tribute for Michael. Katie's spokeswoman has also been busy denying rumours that Kate threatened to run over a fan. 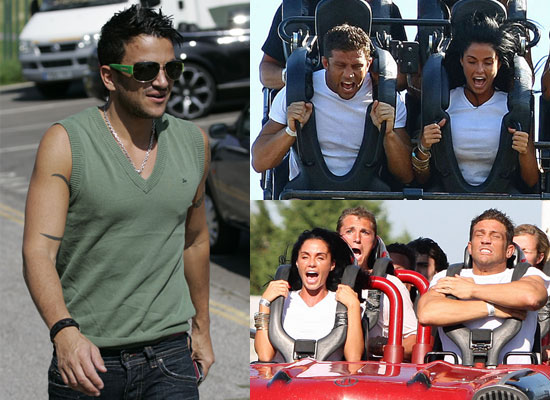