Katie Price took Alex Reid to her friends' wedding yesterday, and cosied up to her new boyfriend at the Mayfair Hotel in London after the ceremony. Although reports suggest she is getting ready to dump Alex, Kate kept the cage fighter by her side as she left for the service in her tiara and dressing gown (having caused speculation when she tried on the bridesmaid dress). Kate is reportedly keen to quell any negative reports about her relationship with Alex, and is apparently consulting lawyers following Peter Andre's accusation that Junior caught the new couple in bed together. She is also focusing on the future, and after completing the London Marathon she has set herself a new goal, tweeting: "woo i can confirm im doing the New York marathon november 4th for charity start training next week". 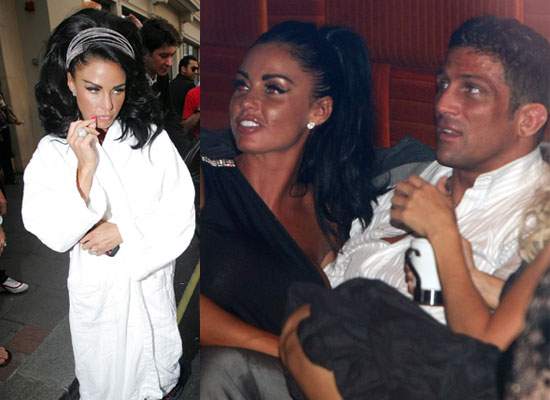