After taking to the catwalk on Friday, Katie Price was back in her Miss London bikini for the second day of the Clothes Show Live at London's ExCel on Saturday. Reports suggest Pete is furious because Kate refused to let him have the children over the weekend, but then went out and partied at a Boyzone concert and kissed a male model. Last night Kate tweeted "wow what a great weekend", but she reportedly broke down backstage on Friday, saying: "I feel drained - I feel sh** and I feel ugly. I am very, very tired... This last week in particular has been very hard. I haven't felt this low in ages." She has now accepted their relationship is over and has agreed to Pete's request for a quick divorce, and it could all be finalised within six weeks. 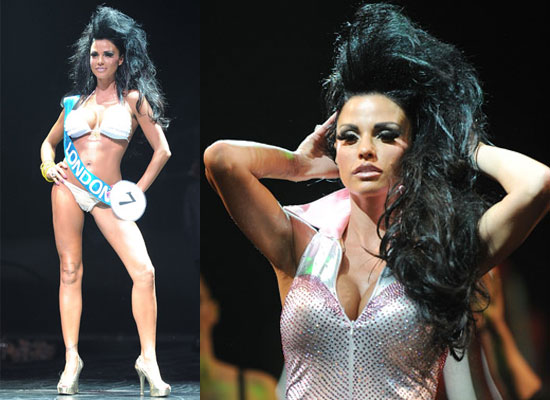 To see more pictures of Kate modeling in a bikini, just read more.