Katie Price was at Lakeside yesterday for a book signing, while Peter Andre was at the Crazy Bear Bar in London to launch his new perfume for women. He's called it "Unconditional" which is also the name of his latest single — check out the video after the jump. Not only will Kate not be wearing Pete's fragrance, but she's also admitted she doesn't wear her own perfume. As well as being criticised by author Martin Amis, Katie has also been taunted by old foe Jodie Marsh over her riding ability, but she's rising above it, saying: "I'm not going to comment on Jodie's riding ability. Anyone can learn to ride if they do it properly. Of course I can jump — I just happen to love dressage." Kate didn't hold back, however, when she filmed her appearance on Gordon Ramsay's F Word, revealing more details about her sex life. 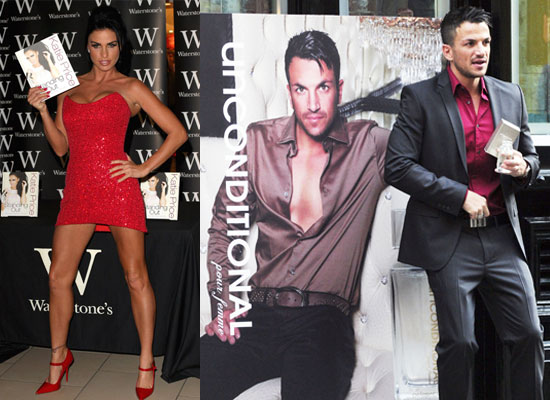 Celebrity Quotes
No, Selena Gomez Is Not Retiring From Music
by Kelsie Gibson 5 days ago