Before changing in to a suit for the Silver Clef Awards at the Hilton Park Lane this afternoon, Peter Andre gave his first interview since breaking up with Katie Price, and spoke with Chris Moyles on Radio One this morning. He said he's been through "the worst few months" of his life, and added: "I'm going through the acceptance stage, which is very difficult." Peter also confirmed there's no chance of a reconciliation, and his career continues to soar with his new single and his modelling deal. He's also been setting the record straight through his Twitter, while Kate has been tweeting positive messages after her day out in Brighton yesterday. She's gearing up to have her say too, in a TV interview with Piers Morgan due to air on 11 July, about which Kate has reportedly said: "I'm going to tell him everything". 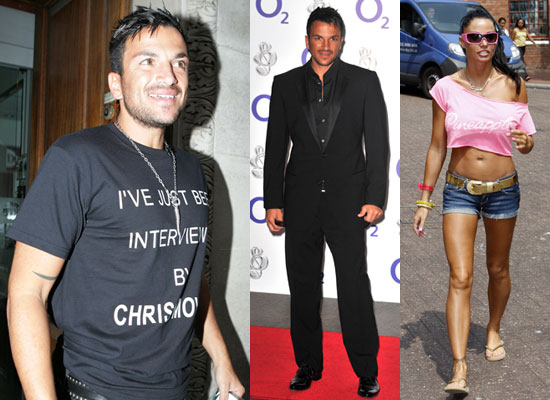