Katie Price brought a pop of colour to her dark outfit with her bright pink nails as she flew from Heathrow to LA yesterday. While rumours fly about her possible return to I'm A Celebrity, Kate's taken to her OK! magazine column to respond to suggestions she's pregnant. She also raved about what fun she had at a Halloween party, gave an update on Harvey following his hospitalisation last week, and revealed her opinion on Gordon Ramsay. Here are the highlights: 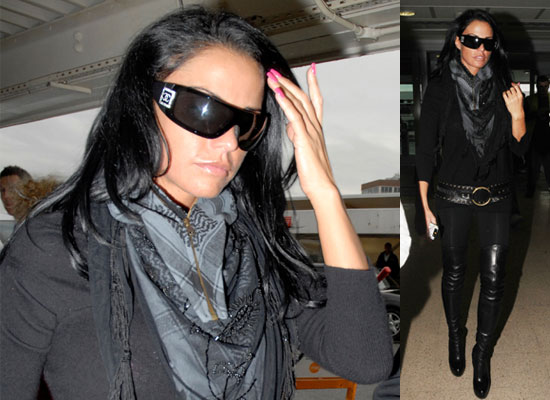 What do you think Kate's "big surprise" will be?