While Peter Andre spent the weekend performing on stage at Preston 'N' Proud's Rock in the Park at Avenham Park, Katie Price and Alex Reid continued to cuddle on Brighton seafront while training for the New York marathon. You guys were evenly split on whether Peter would make it to number one this weekend, and he only managed fourth position, but he was happy with the result. Pete's TV career is going from strength to strength too: his one-off documentary, which airs tonight, was such a success with the bosses at ITV2 that they have commissioned a whole series. Peter Andre: The Next Chapter will air from 1 October and run for six weeks, after Kate's new series What Katie Did Next. While friends are reportedly concerned for Kate's well-being, she continues to smile and make more comments about Pete. 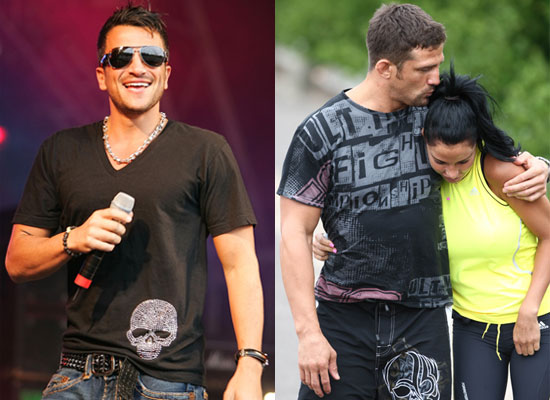