Katie Price and her boyfriend Alex Reid flew back from Malaga Airport to Gatwick Airport yesterday, after their holiday in Spain. Rumours about the couple continue, with reports that they plan to marry in November and move to Los Angeles, but Kate’s spokesman has already denied that story and Kate herself tweeted yesterday morning: "im not getting engaged nothing of the sort just seeing someone i like spending time with!". It has also been revealed one of the reasons Peter broke up with Kate was because he discovered she allegedly propositioned Duncan James in a nightclub two years ago (which Kate's spokesman also denied). A source claims It was a "huge factor in their break-up", and also said there is a major reason for the split that has yet to emerge. These rumours don't show any sign of stopping, do they? 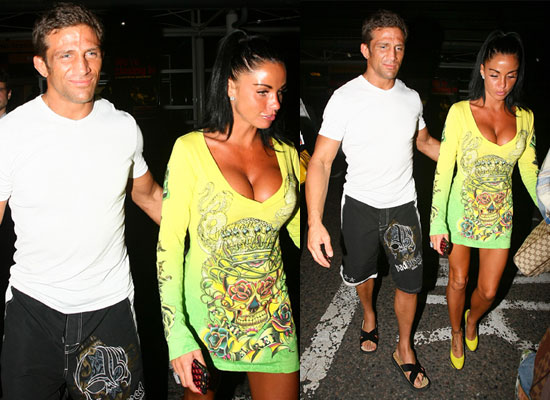