It's been a fair few months since we've seen Jordan/Katie Price getting merry on a night out with her pals, needing a little help with walking, but last night a PVC-clad Kate partied at Embassy and Movida before stumbling outside at 1am. The previous day Peter Andre had shown off his new slimline figure on a night out with friends, so it looks like the couple are making the most of London before they head to LA. After a busy 2008 Kate's been no less outspoken in 2009, and has continued to criticise Lucy Pinder. Let's hope LA living encourages her to chill out and build bridges with old foes. 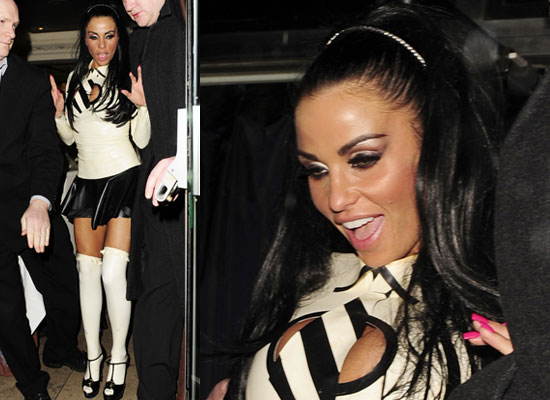