Katie Price enjoyed a night out at Nobu in Mayfair last night after spending the day with her children, while Peter Andre managed to park his Bentley in his new garage. It is reported that Peter is not happy Kate went horse riding rather than spend time with their children, but her rep has hit back saying: "[Kate] has lots of lovely things planned for them all to do". Peter is also reportedly compiling a divorce dossier of Kate's antics in an attempt to get full custody. It's already been reported Kate is worried about custody, and now reports allege she has demanded ITV2 axe scenes in her TV show that might show her in a bad light. 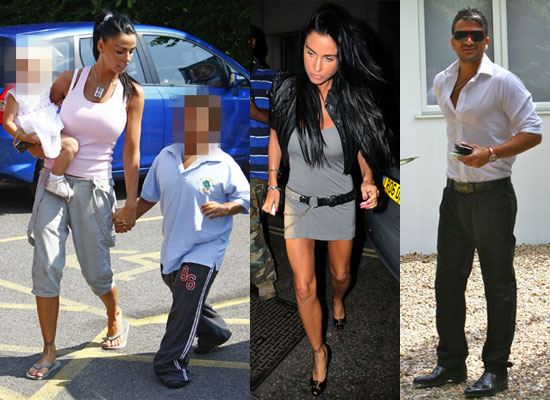