Jordan and Peter Andre have been settling in to life in Los Angeles this week after arriving at the weekend. While we battled snow, Kate and Peter enjoyed the sunshine as they took Harvey to the Junior Blind School of America with Kate's mum, Amy, and then took Junior and Princess to Malibu United Methodist Church and Nursery School. The kids were never far from their minds though, as they bought so many goodies from Toys R Us they struggled to fit them all in their SUV! Kate's already making plans for when they return to the UK, as she'll lead her KP Equestrian team at the British Open Show Jumping Championships in April. Along with Martin Clunes, she's also become the first member of the new British Eventing Gold Medal Club. I wonder if we'll see Kate out riding in LA with fellow horse lover Cat Deeley? 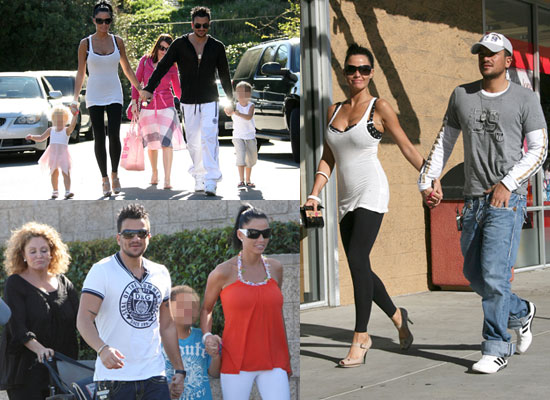 To see loads more pictures of the family, read more.