Peter Andre spent Saturday with Harvey, Junior and Princess, before Katie Price took her daughter to Sainsbury's yesterday. While the former couple have been focusing on their children, it has been revealed Kate is involved with cage fighter Alex Reid, whom she has reportedly been dating for two weeks. Their relationship has allegedly been moving at a fast pace, with talk of marriage and expensive presents, while there are suggestions Alex might still have a girlfriend. Peter's unsurprisingly unimpressed, but Alex insists nothing's going on, saying: "Katie has got really interested in martial arts and we've been talking a lot about that. I've also been helping out with her security — and there's not much more to it than that." Kate said she was single on GMTV last Thursday, and told The People: 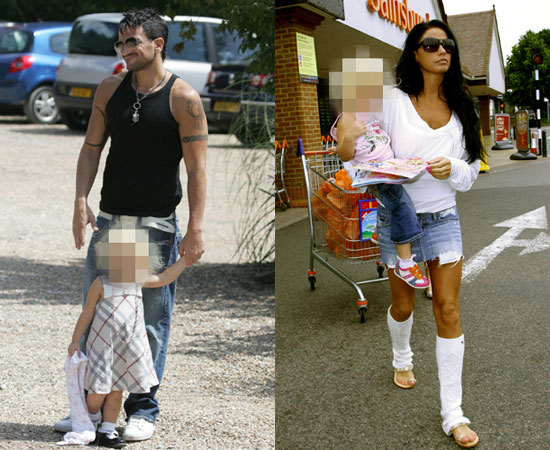 "Alex has been a huge support for me recently. I have known him a long time but he's a good friend now. I'm having lots of fun at the moment, which I think I deserve after everything I have been through lately."

Do you think Kate is in a new relationship already?