Peter Andre is reportedly furious with Katie Price for inviting Dane Bowers for a party at their house. Dane sent Kate comforting text messages following the separation announcement, and was arrested on suspicion of drink driving after police found him next to a crashed car outside Kate's house. The fact that Dane split from his wife two days before Peter and Katie separated has caused even more speculation. Pete is also reportedly upset with Kate for tweeting "mmmm i smell set up pictures" about photos of Peter and the children at the beach. With Pete buying tons of toys and Kate taking them to Chessington World of Adventures, the couple are at least keen to make sure their children are happy. Let's hope the presence of a locksmith's van outside their Surrey mansion doesn't cause even more problems. 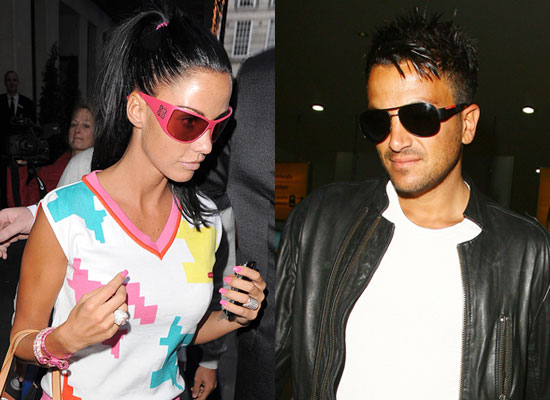