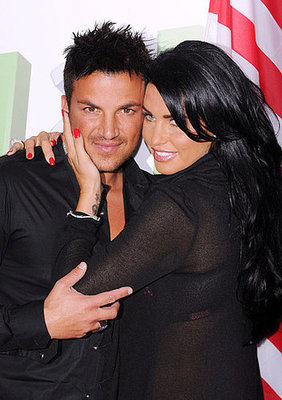 Katie Price and Peter Andre have announced they are to separate, after meeting five years ago.

The couple's management company Can Associates Limited released a statement today saying: "Peter Andre and Katie Price are separating after four-and-a-half years of marriage. They have both requested that the media respect their families’ privacy at this difficult time."

The couple met on I'm a Celebrity Get Me Out of Here in January 2004 and went on to marry in September 2005. Pete became step-father to Kate's son Harvey, and in June 2005 their first child, Junior, was born. Their second child, Princess Tiaamii, was born in June 2007.