UPDATE: A spokesperson for Max Clifford has confirmed that he is not representing Peter. Max himself has also confirmed he will not work with Kate: "I can only represent people who will listen to me. I think I know her well enough to know it wouldn't work." 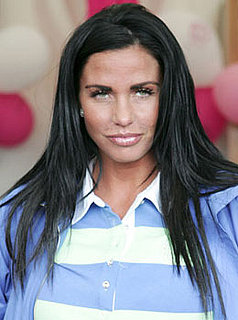 Katie Price's management company has announced it no longer represents her. Claire Powell, who has confirmed the rumour that Peter is in Cyprus, was Peter's manager initially, and got him on I'm A Celebrity...Get Me Out Of Here!, before becoming Kate's manager too.

In a statement Can Associates said:

"We have represented Katie since February 2004. During that time we have worked hard to build Katie as a successful individual and brand, moving her from a glamour model and repositioning her as the country's foremost female celebrity, with a string of products and successful endorsements. We wish Katie every success for the future."

It sounds like they still represent Peter, suggesting the split between the couple is for real, and possibly permanent. Who do you think will represent Kate now: Max Clifford, perhaps?

To find out what Max has been saying about Peter, just read more.

"His fame has all been down to her the past couple of years. Before I'm A Celebrity his career had disappeared. But how he handles the break up in the coming days and weeks will be vital how he uses the coverage to re-launch his own career. Most people have sympathy for him after she has humiliated him for years and he is liked by the media. For her she is successful in her own right but will miss the opportunity of all the money and opportunities they can earn as a couple. He has the best opportunity now to re-launch himself as a presenter or an actor or whatever. Ironically it could kick start him."

Do you agree with Max's comments?