Some of the stars of W. turned out on the red carpet for the London Film Festival premiere of Oliver Stone's George W. Bush biopic last night. Elizabeth Banks looked absolutely stunning on Oliver's arm in her shimmering dress, the President himself Josh Brolin wore a rather dapper suit, and Thandie Newton aka Condoleeza Rice showed up with her man Ol Parker. On the red carpet Josh talked about being approached for the movie, saying: "I didn't understand what he [Stone] was going for. I thought Oliver had an agenda. It wasn't until I read the script that I realised it was a brilliant character study." I've got to say I'm really looking forward to seeing this movie! 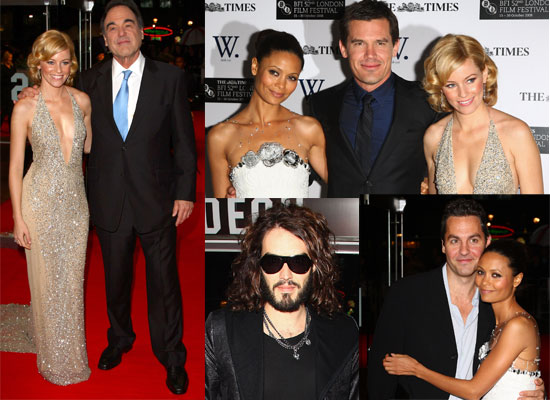