Did you go to a costume party like Josh Hartnett and Alexa Chung did on Halloween? They attended Bungalow 8 for a spooky All Hallows Eve party, where Pixie Geldof also partied it up. OK, I guess Josh didn't get the costume memo — unless he's going for 'Hollywood actor in London on his downtime' — but Alexa certainly went for it with grey in her hair, a deathly pallor, and a cut throat drawn on in fake blood. Josh left in the same cab as Alexa at the end of the evening, but I'm sure they were off to spend time with Alexa's man Alex Turner. 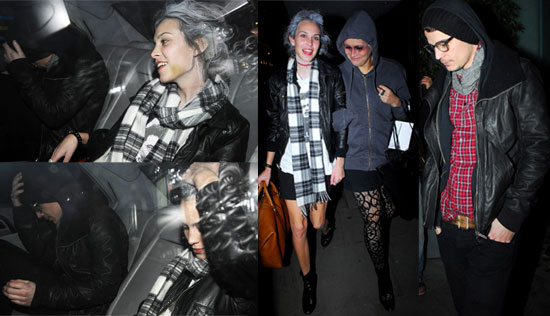