Josh Hartnett, Jude Law and David Tennant slipped on their ties for the Evening Standard Theatre Awards at London's Royal Opera House yesterday. Josh is becoming quite a fixture on the London scene, thanks to his role in Rain Man, and he looked dreamy alongside his fellow thespians. While David will be bringing his take on Hamlet to London next week, we've got to wait until summer to see Jude in the role. Jude's ex, Sadie Frost, who wore a red dress to the ceremony yesterday, will also be treading the boards next year, as an obsessive Madonna fan. Sounds intriguing. 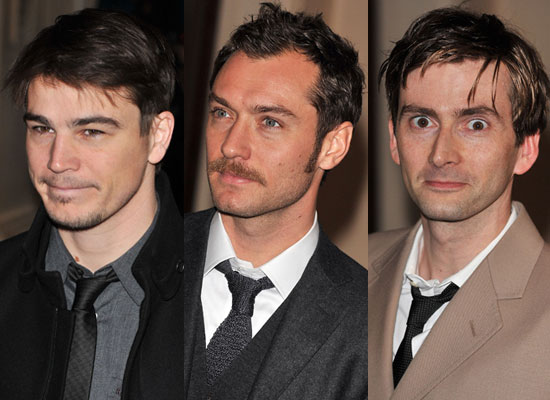 To see more pictures of Jude, Josh, David and the other award-goers, including Charles Dance, Sadie Frost and Kenneth Branagh, just read more.