The bill for this year's Royal Variety Performance included Leona Lewis, Take That, Jimmy Carr and gorgeous Josh Hartnett, and was filmed last night at the London Palladium. Before he headed out to Soho Josh appeared on stage in front of Prince Charles in the annual show which also included Rihanna, the Pussycat Dolls, Josh Groban and Duffy on the bill. The performance will be aired on December 17 on BBC1, but until then here's a sneak peek at gorgeous Josh and Mark Owen in their all-black suits as well as glimpses of some of the other performers from last night as they left the Palladium. I can't wait to see the show! 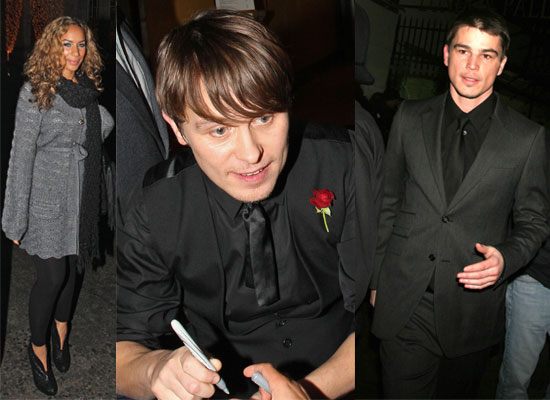