We haven't seen a lot of Josh Hartnett out and about since I reviewed Rain Man, mainly because he's working hard in the West End production each evening. But at the end of last week Josh spent a night on the town, at Bungalow 8 and Volstead, trying to go incognito in his glasses and beanie hat. Looks like he was worried about the cold weather, as he was wearing a jacket, hoodie, shirt and t-shirt on along with his scarf! It's sensible really, as there's a lot of people relying on him to be on stage each night! 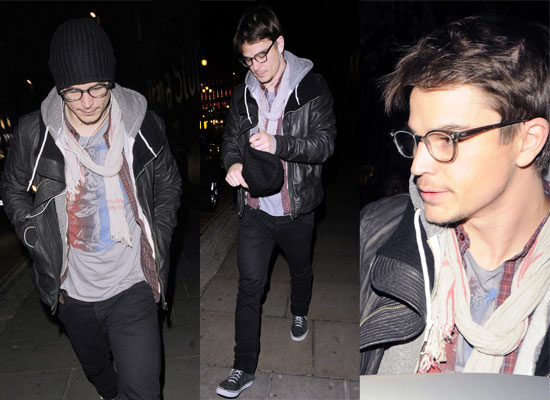