Jude Law looked smart in his suit as he left the Wyndham's Theatre in London following a performance of Hamlet, which he's starring in until August 22. He looked relaxed and handsome after the curtain call, and signed autographs as he left the venue for all the fans waiting outside — the reviews are looking positive, and he's been compared favourably to David Tennant's part in the RSC production last year. What do you think — will you be headed to the West End to see Jude as Hamlet? 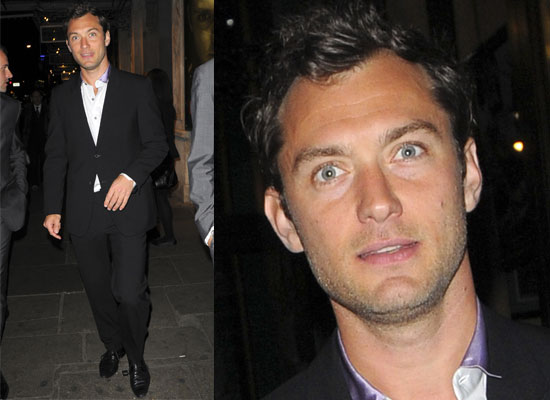