Jude Law was surrounded by fans as he left Wyndham Theatre at the weekend after another performance of Hamlet. I was lucky enough to see the play on Saturday, and I was seriously impressed by Jude's performance. There was no indication that Jude was distracted, while more rumours circulate about his private life following the revelation that he is to be a father again. There are reports he had assumed Samantha was on the pill, and suggestions that he wants a DNA test, while friends have reportedly said Jude wants to be at the birth. Sienna Miller certainly won't be talking about it, saying: "I don’t think it’s any of our business to talk about that. It’s not mine and it’s not anyone’s. It’s a very private matter, I think." 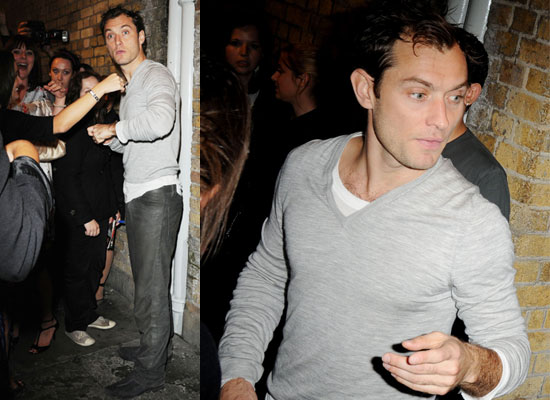