Jude Law is hitting the promotional trail hard as Sherlock Holmes's release gets ever nearer. After the London and New York premieres he appeared on The Late Show With David Letterman, Late Night With Jimmy Fallon and Good Morning America: check out videos after the jump. He caused controversy by saying he had three children during his chat with Letterman, as with Sophia's birth Jude now has four. He also told Letterman he's taking his kids to a beach for Christmas, just like last year, but it sounds like there will be an extra guest: Sienna Miller apparently wants to spend the festive season with Jude. Reports suggest Jude will still take his children away, and their mother Sadie Frost is welcome to join them but she'll have to pay for herself. Sadie reportedly thinks Jude doesn't want her there because of Sienna. With Jude and Sienna sharing romantic dates and allegedly planning to move in together in London, it looks like Sadie will have to get used to the former couple being back together. 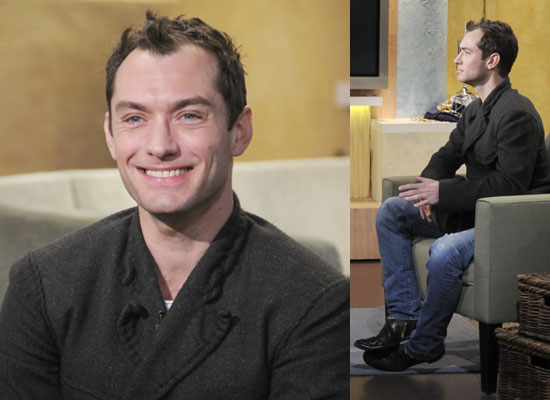