Sherlock Holmes buddies Jude Law and Guy Ritchie enjoyed a night out at Guy's pub, the Punch Bowl, in London last night. A smiling Guy played the genial landlord with aplomb, while a wide-eyed Jude was convincing as the inebriated customer. With such intensity on his face, perhaps Jude is already getting into character for his upcoming stage role as Hamlet in London this summer. It's nice to see his top lip again, even though his moustache was particularly popular, and I certainly prefer his new clean-shaven appearance to the transvestite look. Here in the UK we'll get Sherlock Holmes first, on 13 November: do you plan to see it? 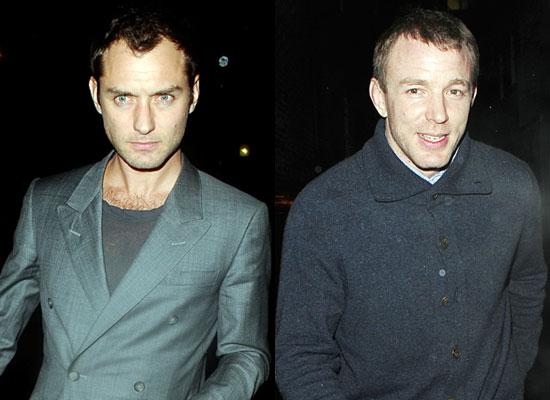 To see all the pictures of Guy and Jude, just read more.