Jude Law took his sons home after football practice in New York City yesterday. The first pictures of his daughter Sophia have been released in Hello along with Samantha Burke's interview, and she told the magazine Sophia takes after Jude with her "dramatic moves" and "little pout", but confirmed Jude hasn't met his daughter yet. He'll be performing Hamlet on Broadway until December, and has old friends to keep him company while in NYC, including Sienna Miller. Reports claim the former couple are rekindling their romance, but regardless of how serious their relationship is, I'm sure Jude's glad to be surrounded by friendly faces. 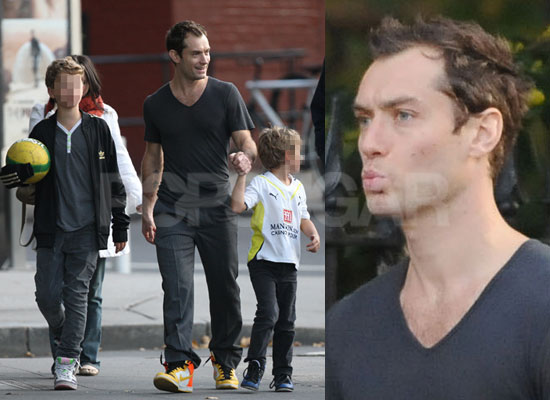