Jude Law had two briefcases and a banana in hand as he left his home in London yesterday. Both Jude and his possible fiancée Sienna Miller are back in the capital following their stint in New York, although Jude will be back in NYC to host SNL on 13 March. The couple enjoyed a double date with his parents on Tuesday night, but they're keeping their discussions about their relationship to family, as The Mirror's claim earlier this week that Sienna said they're "going well" has since been replaced by a statement confirming Sienna has not spoken to the press. 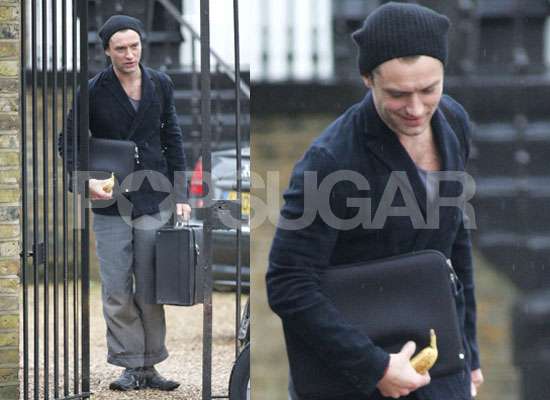