Jude Law was dressed in a blazer and jeans as he left a family lawyers office in Miami yesterday, where he reportedly met his baby daughter Sophia and saw Samantha Burke for what is believed to be the first time since she gave birth in September. Samantha was spotted with Sophia going in to the lawyers office, giving us our first glimpse of the five-month-old since since Samantha sold pictures to Hello back in October. It is reported that Jude and Samantha settled plans for Sophia's upbringing and maintenance at the meeting over the weekend. It was reported Jude would visit Sophia in December after his Broadway run of Hamlet ended, and he headed to Barbados at the end of that month on holiday with Sienna Miller and his other children. Jude hit the headlines throughout 2009, including the moment he slipped up in an interview with David Letterman saying he had three children rather than four. 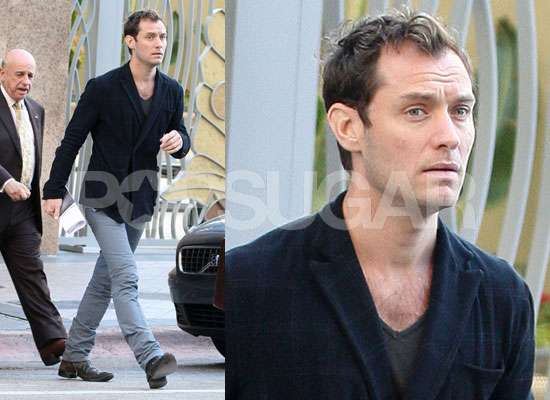