We saw Robert Downey Jr going incognito in London yesterday on the set of Guy Ritchie's version of Sherlock Holmes, and now Jude Law's following his lead by covering up with sunnies. He's also grown a moustache for his role as Dr Watson in the film. It's a change from the actor's usual clean shaven appearance, and I'd love to know what you think, so tell me: is Jude Law still sexy with a moustache, or just so so? 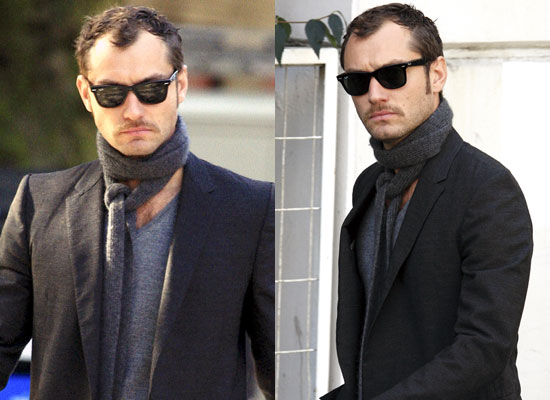