Jude Law was full of smiles as he hung out with his film-maker friend Jeremy Gilley in SoHo, NYC yesterday. He's been stranded in LA with Sienna Miller, and as the couple headed to the airport on Tuesday it looks like Jude is making a stopover on the East Coast before returning to the UK. He's been quite the jet setter in recent weeks, receiving awards in London and filming ads in Paris, but it looks like he's keen to put down roots and he as Sienna are reportedly house hunting in Highgate while they continue to keep their engagement quiet. 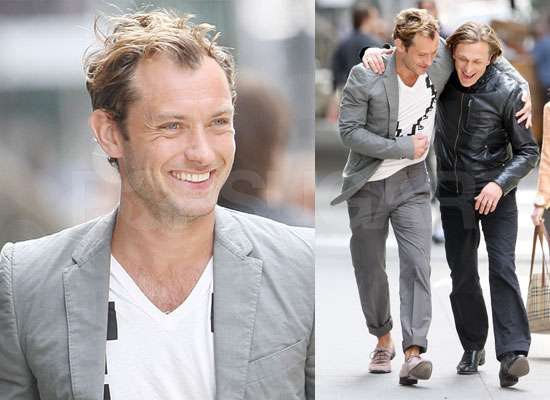