Jude Law had lunch at Scuderia in New York yesterday, as reports suggest he's not planning to meet his new daughter for nearly three months. Apparently, Jude will not visit Samantha Burke and baby Sophia, who was born this week, until he finishes performing Hamlet in December. A friend of the actor claims: "Jude thinks that if he goes to Florida immediately, it will be a media circus". With Samantha reportedly considering a £120,000 magazine deal to sell baby photos, perhaps Jude will see Sophia in the press before he meets her. 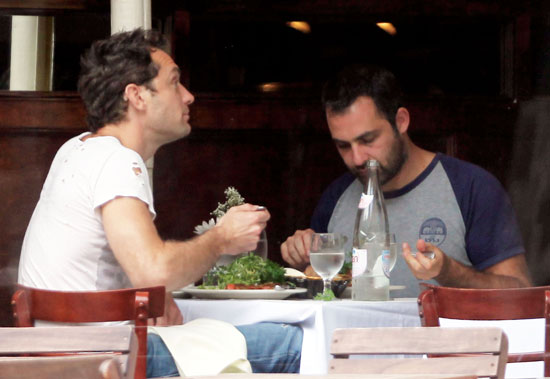