Jude Law took time out from Hamlet to attend Ben & Jerry's 10th Anniversary Celebration Of Peace Day in New York City yesterday. The event gave Jude another opportunity to hang out with his pal Jonny Lee Miller, who is also performing on stage in the city. Jude is the Ambassador of Peace One Day, and he joined founder Jeremy Gilley at the celebration, having also supported him at last year's Cannes Film Festival. We'll get to see Jude on our big screens in The Imaginarium of Doctor Parnassus next month, and in Sherlock Holmes in December, and if rumours are to be believed we could also see Jude in a Sherlock Holmes sequel. The next installment is apparently already being developed, and those Brad Pitt rumours are resurfacing, as he is reportedly in talks to star as Moriarty in the second film. 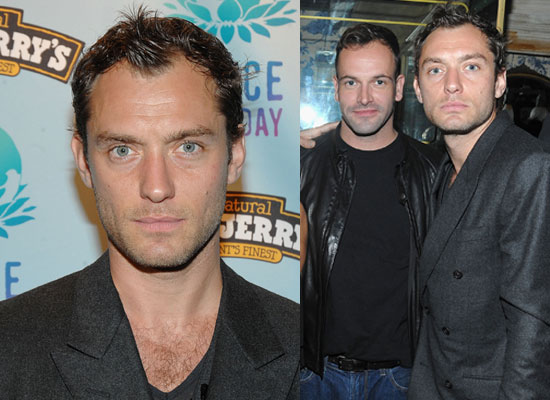