Jude Law and Robert Downey Jr were back together again fooling around as they attended a Sherlock Holmes premiere in Madrid last night alongside Guy Ritchie, Rachel McAdams and Mark Strong. They hung out at last month's premieres in London and New York, but Jude missed out on the Berlin premiere earlier this week. Jude looked in good health after his Barbados holiday with Sienna over Christmas, and rumours suggest he plans to make their on-again relationship official with a proposal, and Sienna will reportedly say yes. 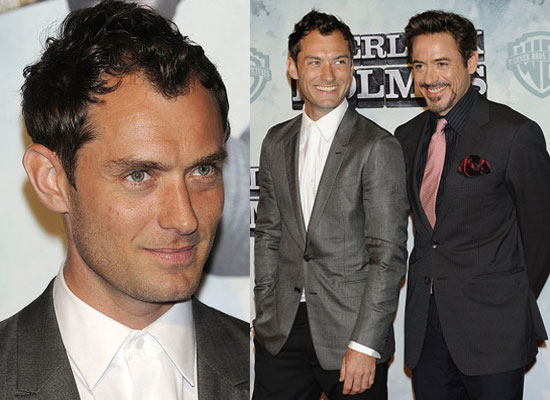 To see more pictures of Jude, Robert and their costars, just read more.