Jude Law and Sienna Miller were spotted leaving his apartment in New York City yet again last night. Ever since we first spotted Sienna dashing out of that now famous red door last week, the former couple have been seen going to the same events practically every day, but so far they've managed to avoid being photographed together. They even spent the weekend together: check out video footage. Sadie Frost is none the wiser about what's going on, saying: "I don't really know what the situation is, because it doesn't affect me. They're in the same circles, I'm sure they're friends, it's not my business to ask." One thing we do know, however, is Jude's performance in Hamlet has impressed, as he's nominated for a theatre award. 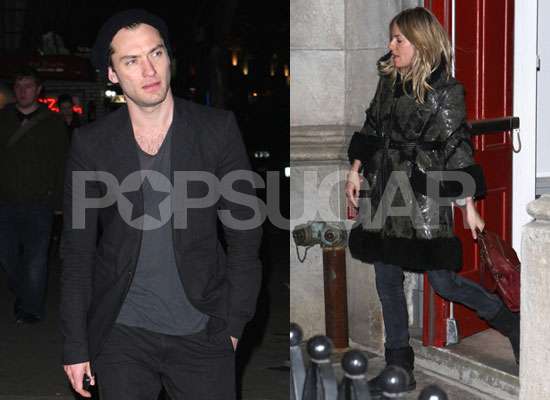