Jude Law enjoyed breakfast with Sienna Miller at Cafe Gitane in Manhattan yesterday, after hanging out with her parents earlier in the week, and meeting his daughter Sophia earlier this month. While Sienna's been getting the wrong kind of awards for her acting (and getting snubbed by Kate Moss) Jude's been busy talking about his exciting new upcoming projects. He's confirmed there will be a Sherlock Holmes sequel, and also revealed he'll play a blogger in Contagion, which is due to start filming at the end of the year. 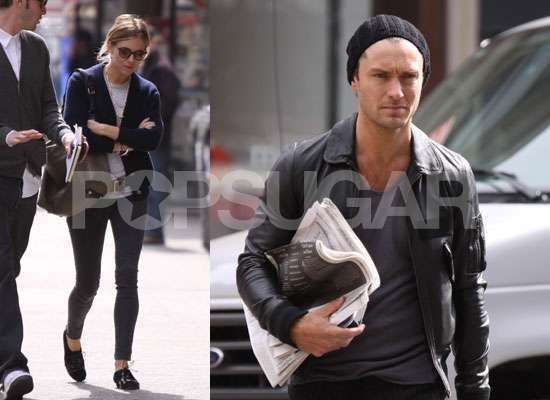