Having performed at Elton John's ball in Windsor on Thursday evening, Justin looked like he enjoyed the role of spectator at Wimbledon on Saturday. He was amongst the many celebrities who paid tribute to Michael Jackson after the King of Pop's sudden death last week, and reports now suggest Justin is considering putting on a special show in honour of Michael at some of his 50 planned O2 dates. Other artists, such as Coldplay and Take That, have also reportedly been approached to take part in a series of tribute concerts. 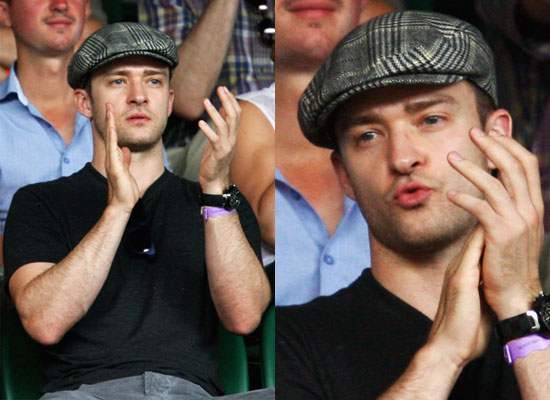