Kate Hudson and Stacy Ferguson aka Fergie were spotted outside the Maddox club in London this weekend, as they celebrated wrapping up filming of their new movie Nine. It was October when we saw Kate, Fergie, Judi Dench, Marion Cotillard and Sophia Loren out for dinner to celebrate the start of shooting, and now the movie's wrapped up in time for the festive season to really kick into gear. The film has a tentative release date in the US of December 2009, which means we probably won't see the finished musical in the UK until 2010, but with that stellar cast, I think it will be worth the wait! 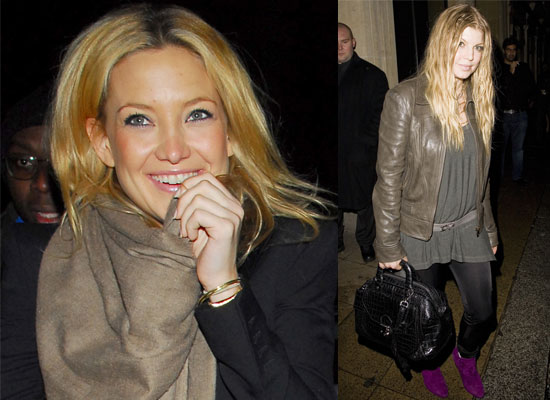