Kate Middleton and Prince William joined Prince Harry for the Sherlock Holmes premiere in London's Leicester Square yesterday, but they skipped out on the red carpet, opting instead to go incognito, and leaving via the back door. Wills is making a habit of going undercover, but we'll all be able to follow his every move when he visits New Zealand in the New Year, as the country's government has set up Facebook and Bebo pages to post information about William's three-day trip in January. Harry was without on-again girlfriend Chelsy Davy last night, but we spotted them in the audience of The X Factor final on Saturday. Kate is also reportedly a fan of Jedward, and plans to book the twins for events though her party company, while rumours suggest her and Wills might be planning a Christmas engagement. 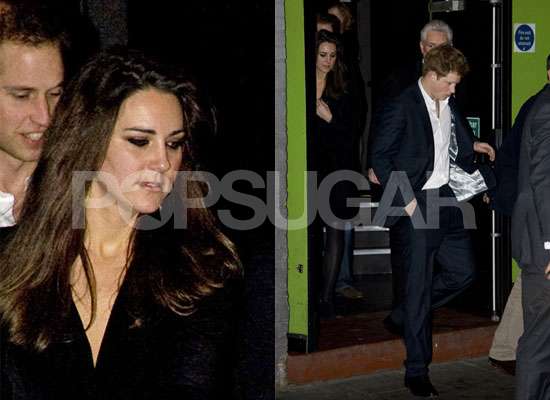