Kate Moss has been busy with business meetings since returning to London from LA last week, and yesterday she was spotted leaving the Arcadia group offices with her driver. It's nice to see Kate smiling, as rumours continue to suggest all is not perfect with Jamie Hince. After reports of a massive argument in LA, Kate has apparently had another huge row with Jamie after finding a vial of his ex-girlfriend’s blood he had held on to as a keepsake. Kate also found love letters from Jamie's ex, Raveonettes' frontwoman Sharin Foo. Perhaps Kate's distracting herself from her love dramas with the news that her old bed is up for auction: any takers? 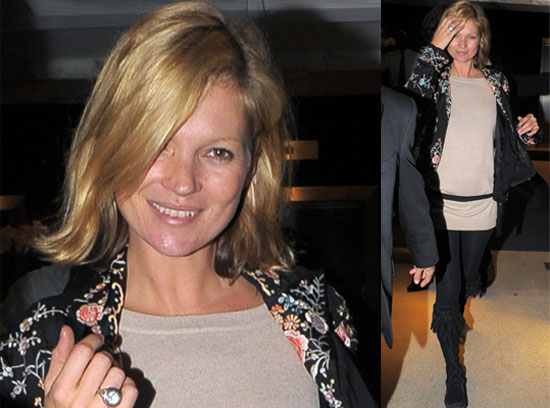