Kate Moss kept her head down as she entered offices for a business meeting in London yesterday, then popped on her favourite hat as she left the building. According to reports, Kate's feud with Sienna Miller has resurfaced, as Kate's refusing to invite Sienna to her Alice In Wonderland-themed Easter party. Kate reportedly doesn't want to upset Rhys Ifans, who was devastated after his breakup with Sienna. It also means Jude Law will be at the party with his ex and Kate's good friend Sadie Frost, rather than Sienna. Jude and Sadie have both apparently asked Kate to invite Sienna but the model and ballerina is not interested. 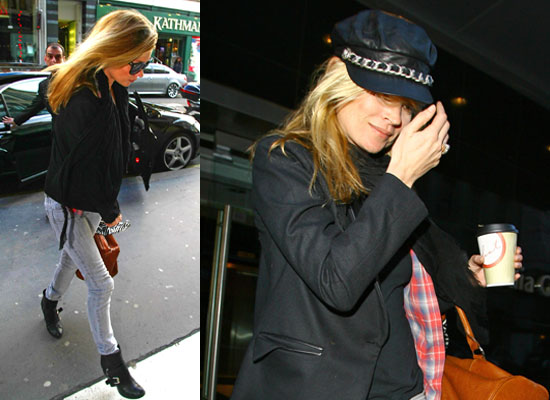 British Celebrities
How Kate Moss, the Original Thrifter, Inspired Me to Shop Second Hand
by Simone Williams 2 days ago