Kate Moss showcased her glam evening look yesterday as she arrived at the Agent Provocateur party at Dolce in London last night. Daisy Lowe stepped out after the show fully dressed and fully made-up thanks to her risque modelling stint during the evening, where the born to be body-confident girl got down to just some tiny knickers and not much else. She's a brave girl! 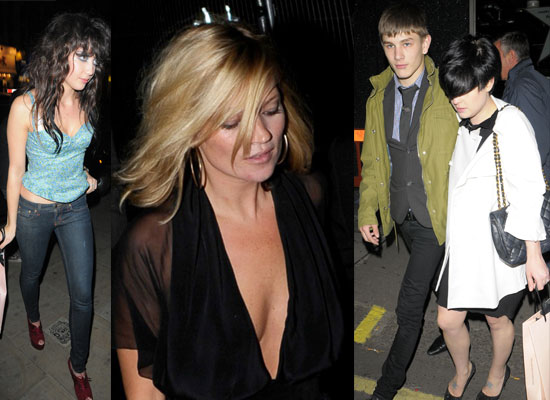 Kelly Osbourne and boyfriend Luke Worrell also turned up for the show, and caught up with Kate before she headed off to Vendome. No word on whether she bumped into Russell Brand, who was also at Vendome in some big superstar shades. He discussed his America-offending hosting stint at the VMAs on his most recent Radio 2 podcast, which was co-hosted by Simon Amstell, and had me giggling an awful lot. I'd recommend it!

To see some photos of Russell from last night, as well as more of the Provocateur party, just read more.