Kate Moss went out to dinner at J Sheekey in London last night with her ex Mario Sorrenti, who she dated back in the 90s. The old friends were laughing and joking as they left and headed out to the waiting cars, both have worked together several times since they dated on magazine shoots as Mario is a photographer. Meanwhile her man Jamie Hince has apparently banned her from singing with his band The Kills so as not to annoy his bandmate Allison Mosshart! Would you like to hear more of Kate's singing voice? 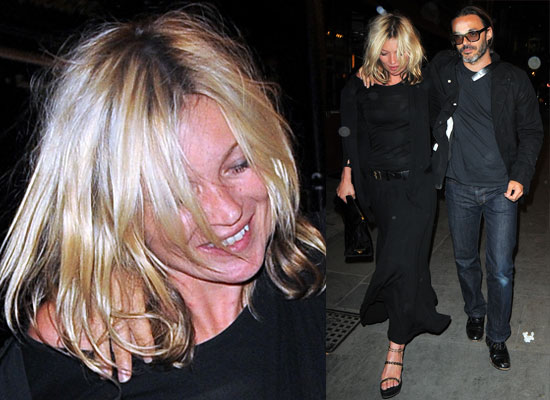