Kate Moss and Jamie Hince were in the Cotswolds a couple of days ago, staying at Kate's home there before she promoted the 25th anniversary Virgin Atlantic flight to New York with Richard Branson. Kate may have been in a little trouble with her beau, as she allegedly threw his laptop computer and his blackberry into a pool at the weekend while they were at her countryside home. The angry act apparently destroyed some tracks by Jamie's band The Kills, and they were apparently the only copies of the new songs! Let's hope Jamie and Alison Mosshart can recreate the magic of those six tunes. 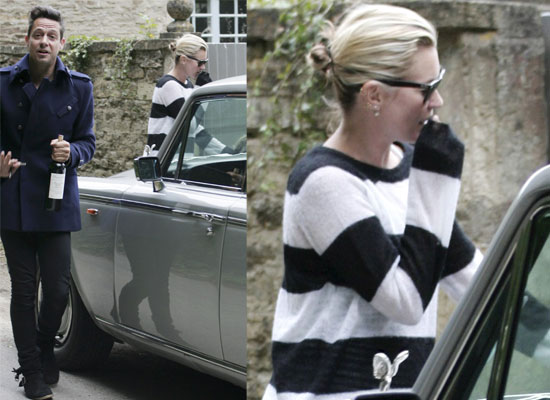