Kate Moss wore another furry outfit as she spent Easter weekend in Paris with Jamie Hince. After freezing out Sienna Miller from her planned Easter party, Kate herself has been frozen out of the top five of Glamour's best-dressed female celebrity list. Kate came seventh and dropped down the list this year, which was topped by Cheryl Cole, who also might replace Kate as face of Cavalli. The supermodel hasn't entirely lost her influence, however, as pal Sadie Frost has revealed she wears high heels on Kate's command, even though she falls over. 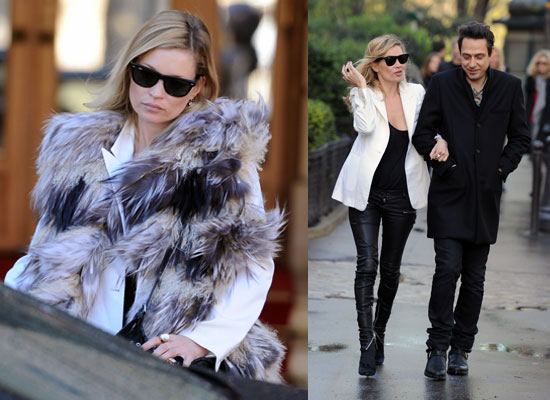 British Celebrities
How Kate Moss, the Original Thrifter, Inspired Me to Shop Second Hand
by Simone Williams 1 week ago