After her late night at the Groucho with Phillip Green on Wednesday, Kate Moss was back talking all things Topshop with a business meeting at the store's headquarters yesterday. She wore a very similar outfit to the one she donned for her Mother's Day jaunt, but changed into a rock chick leather jacket for the evening's fun at Lily Allen's gig. Kate was at Lily's comeback gig at Koko back in January, and is continuing to support her pal as she takes to the stage again. The friends went back to Kate's pad after Lily's gig at Shepherd's Bush Empire and kept the party going until 4.30am. I think a quiet weekend's probably in order for them both. 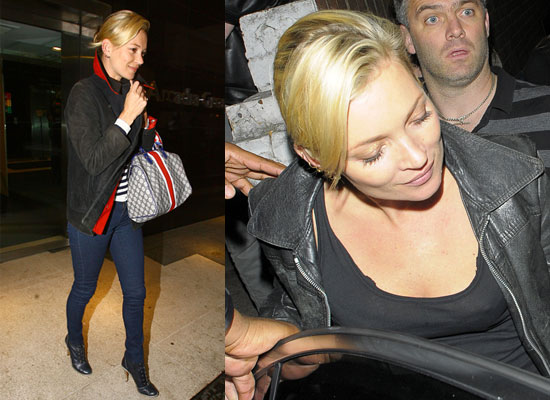