Kate Moss continued to party in London last night, joining Sadie Frost for a meal at the Ivy after Sadie performed her one-woman stage show and Kate watched for a second time. It's not all about leisure time for Kate at the moment, though, as she's been busy filming a comedy sketch for Comic Relief dressed as a teacher alongside Katy Brand's school pupil version of the supermodel. Kate is also launching a new perfume called Summer Time in April, which ties in nicely with her appearance at the opening of the NYC Topshop on 2nd April. 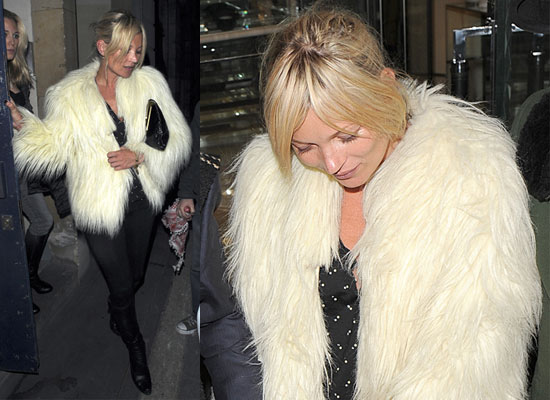