Kate Moss was out in London yesterday, looking happy and aiming a rare smile at photographers as she walked past them. Kate's currently in the process of suing a tabloid newspaper for starting rumours about her being pregnant. The article was written in February and alleged that the model was three months pregnant with her baby due in August. It has now been removed from the newspaper's website, and an apology was issued yesterday after legal proceedings began last week. It's good to see that despite her legal battles, she's still got a smile on her face. 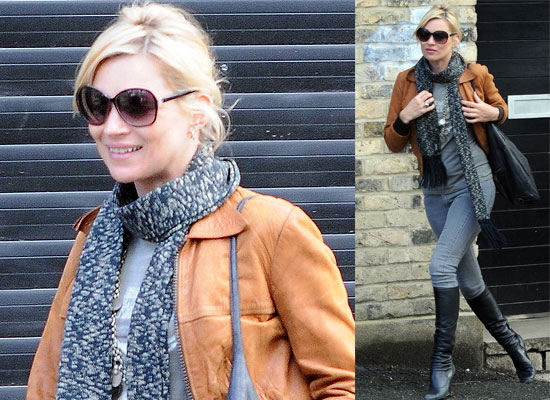 To see many more photos of Kate out and about in London yesterday, just read more.