Kate Moss and Jamie Hince were joined by Jamie's bandmate Alison Mosshart on a night out on Saturday, as the three of them went out to eat at J Sheekey's in London. Kate was wrapped up warm in one of her vintage furs as she strolled hand in hand with Alison — hopefully once and for all ending rumours that Jamie's favourite girls don't get on. Kate caused a little controversy in an interview with WWD as she revealed the mottos that she tries to stick to, saying: "There are loads. There’s 'Nothing tastes as good as skinny feels.' That’s one of them. You try and remember, but it never works." Delicious dinners out must make that one motto worth forgetting, don't you think? 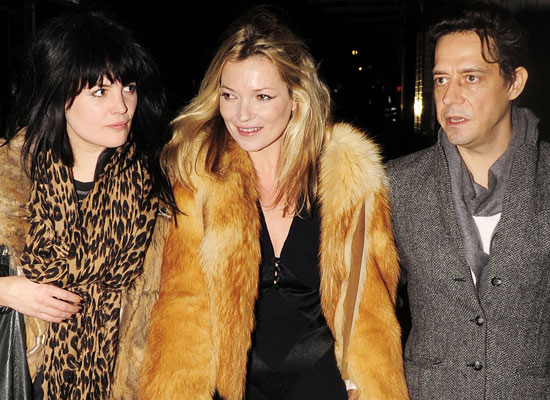