Kate Moss showed off both her casual and glammed up style yesterday as she was spotted out and about in London. During the day she was out to run some errands and pick up a drink in some fab smart flares and some huge sunglasses, before attending buddy Meg Matthews' bash at Liberty of London in the evening. Kate spend some time at the party and then left with another famous pal, Stella McCartney, who she headed to a private members club with for the rest of the night. If the reality show glimpse of Kate that you saw on Topshop in 24 Hours was not enough, then make sure you tune in to E4's documentary about her pal James Brown's salon, set to air on October 13 and starring the supermodel! 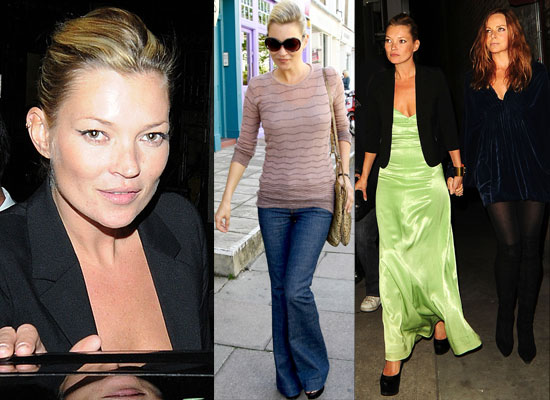